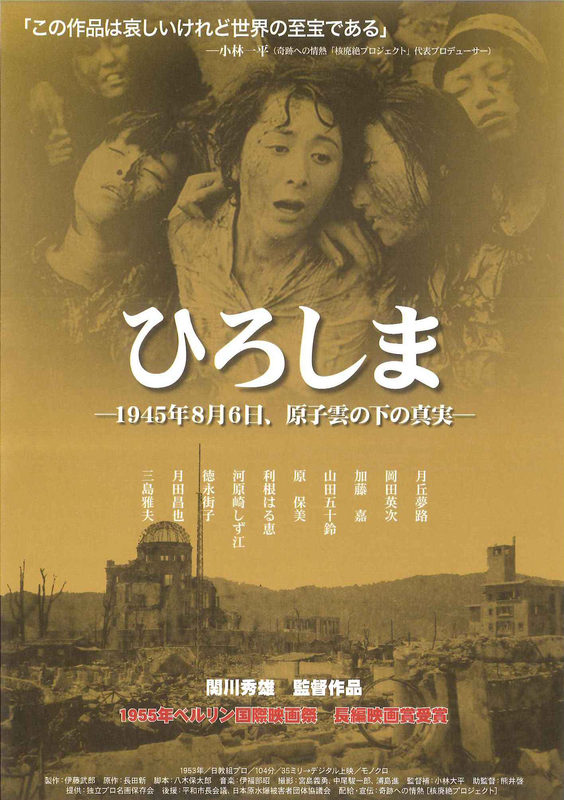 Hiroshima, the movie, is based on a book called Children Of Atomic Bomb, which is a collection of stories by child survivors of the attack. Ninety thousand Hiroshima residents, many of them hibakusha (a term referring to the survivors of the atomic bombings of Hiroshima and Nagasaki), labour unions and a head of university volunteered to help the pro-peace and pacifist movie to be made as no commercial entity and studio would help or touch it. The Japanese teachers' Union financed the film to promote peace. The film is now restored as best as possible following its rediscovery. It depicts the period during World War II prior to and during the atomic bombing and the physical and societal aftermath.

"Without films such as Hiroshima, we might forget how terrible a war truly can be,

something that in this day and age, would be fatal to forget."